Please note: This is a friendly, open group of comic enthusiasts. Hurtful or disrespectful comments during a jam, or purposefully creating insensitive or hateful artwork will not be tolerated. You will be asked to leave if you are disruptive or disrespectful to fellow jammers. 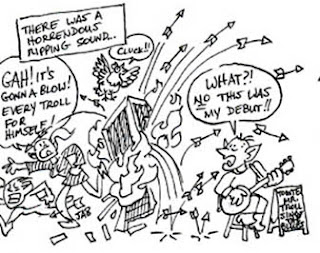 It just seems like yesterday that the Backwards Jam occurred! Wait--well, it wasn't yesterday, but it was September 26th--not all that long ago! Unfortunately, I was out of town for the very anticipated jam, but was lucky to have two extremely capable Jammers take over for me! Gérard Bélec and Liz Walsh, Ottawa School of Art teacher and gifted web comic artist respectively. Thanks guys!

Apparently it was a great turnout, which included a contingent from the University of Ottawa Pride Centre. How cool is that? Also there was great interest from the Ottawa Citizen, who sent a reporter to check out the sweet art and story-telling that happened. As soon as Liz gets the art to me (ie: as soon as I get into town to pick it up!) I will scan and post what I can only imagine are some great stories.

I wasn't idle though! After catching the very cool and celebrated wedding in Covehead PEI of two of my favourite people (and guest Ottawa Comic Jammers to boot) Troy Little and Brenda Hickey, I returned to Miramichi NB. There, I shanghaied one of our youngest Jammers, Briar Anderson to join Clayton Jacobs and myself in a Backwards Jam of our own. It was a great time and so creative and silly! I will be posting the 'Miramichi NB Comic Jam' artwork alongside the Ottawa Comic Jam work so we can all share in the fun. 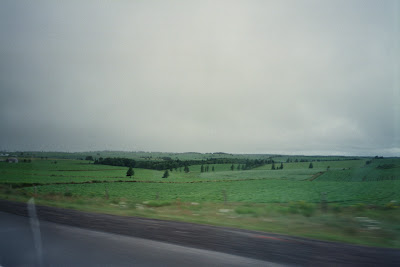 I would like to point out that our next comic jam will not be the last Wednesday of the month, which in October lands squarely on Hallowe'en. People wanted to give out candy, dress up, toilet paper their neighbours' places and all sorts of shenanigans. Even comic jamming can't get in the way of that! So, our next jam will happen Tuesday October 30th at the Shanghai, one day earlier than usual. Mark your calendars! Our theme is... Television! I think Amy suggested that. I can't remember exactly (I blame the wonderful, rare and delightful PumpHouse Blueberry Ale I've been quaffing lately).

So, hope to see everyone out for the jam; bring your creativity, pens, inks, paint, what-have-you. I'll supply our sacred 110 lbs. card stock. Who knows, maybe I will bring those horrendous hard-toffees from our youth (well, my youth anyway) to pop out your fillings and get us wired on sugar.

October 20th 2012 is this year's 24 Hour Comics Day challenge!
Check out the site to see if there are any locales that are interested in hosting this. Sometimes comic shops do it, which is so cool. I have had the pleasure of hosting 24 Hour Comics Day parties at my place at DragonHead Studio (Kanata) for several years.

Unfortunately, due to kitchen renovations, which have dragged on since August, I'm not going to be able to host this year. Don't let that prevent you from trying this phenomenal creative marathon! I highly recommend giving it 'a go', especially if you haven't tried it before.

I will probably be participating on my own, unless we find a good place that is into doing it and would be into hosting for the Ottawa Comic Jam Group specifically n__n

Thank you for your comment, we appreciate your thoughts and suggestions! 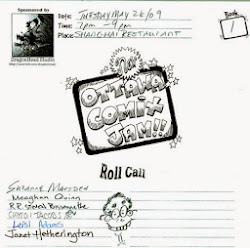 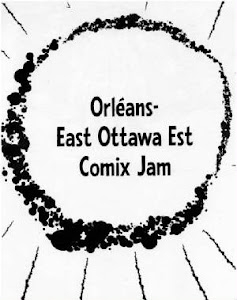